The 58th edition of the Tour de l’Avenir, a great springboard for new cycling talents, will take place from 18 to 28 August 2022.
From La Roche-sur-Yon, the Tour de l’Avenir will take the riders on a transversal route from the Vendée to the Savoie, the usual stopover, where the last three stages will test the future stars of international cycling in the high mountains.
This route will lead the peloton to the heart of France, through the departments of Vienne, Indre and Saône-et-Loire, where a team time trial, in line with the philosophy of a UCI Nations Cup event, will close a sequence of flat stages where rouleurs, sprinters and puncheurs will each find a favourable ground for expression. 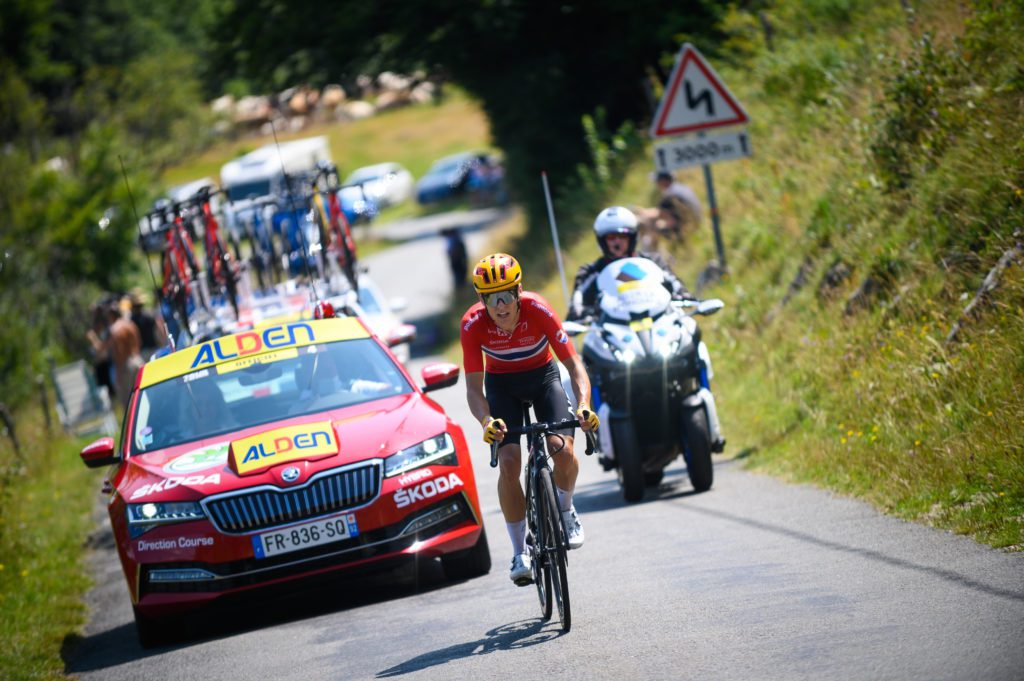 It will then be time for a crescendo on the scale of difficulties, starting with a Jurassian type stage that will precede a rest day before three days marked by the high mountains as a finale.
The high altitude finishes in the resorts of Saint-François-Longchamp and La Toussuire, but also the col de la Madeleine and the “giant” of Iseran for the last day in Haute-Maurienne will be the major difficulties of this edition.
The Tour de l’Avenir with seven Tour de France winners (Felice Gimondi, Joop Zoetemelk, Greg LeMond, Miguel Indurain, Laurent Fignon and more recently Egan Bernal and Tadej Pogaçar) reveals the best riders in all areas of the game.
Last year, Tobias Johannessen had taken his place in this prestigious list. And the young Norwegian rider, who recently finished third in the Etoile de Bessèges and won a stage at the top of the difficult Mont Bouquet, confirms in his debut at the highest level the potential he showed in the Tour de l’Avenir.