L'Avenir goes from strength to strength 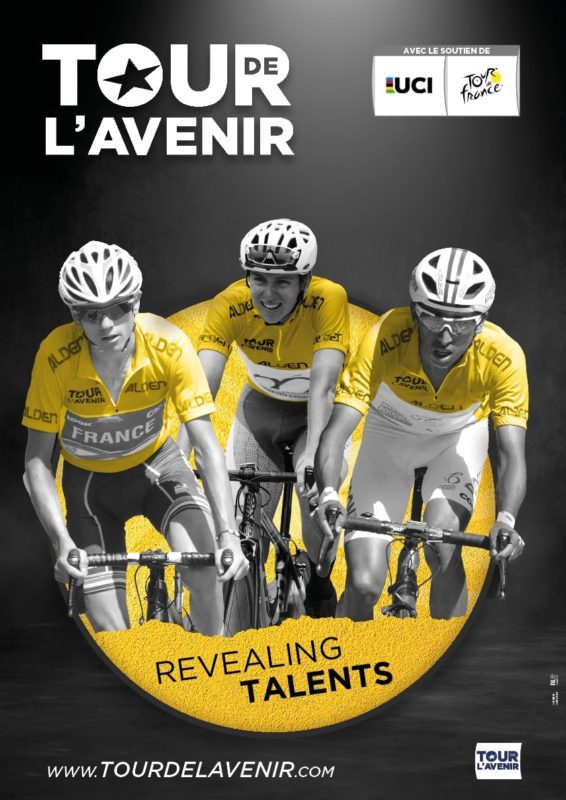 The 58th edition of the Tour de l’Avenir will take place from 18th to 28th August 2022 and will cross France from West to East.

More than ever, the Tour de l’Avenir justifies its reputation as the Tour de France for young people, as shown by the recent prize list, with the victories of the Colombian Egan BERNAL (2017) or the Slovenian Tadej POGACAR (2018) who did not wait more than two years, one as the other, to triumph in the Tour de France!

This year, the event will start with a prelude, a team time trial, in La Roche-sur-Yon (Vendée). The so-called flat section, through the Vendée, Charentes, Vienne and Indre departments, will precede the team time trial, which will take place between Gueugnon and Saint-Vallier (Saône-et-Loire).

As is traditional, the mountains will be the main focus of the event, from the Jura to Savoie, the usual stopping point. A first day of medium mountain will take the riders from the Jura (Saint-Amour) to the Ain department (Oyonnax), before the peloton takes a rest day in Thonon-les-Bains (Haute-Savoie).

The longest stage of this 58th edition will go from Thonon-les-Bains to Saint-François-Longchamp, with 177km to ride and almost 3300 meters of elevation gain. The col de la Madeleine will be the decider of this stage, and the riders will have to climb it once again the next day, by the other side. The long ascent to La Toussuire, on stage 8, will certainly make a difference in the general classification. The last stage, where the peloton will have to cross the col de l’Iseran, the highest road pass in Europe (2764 m) where Egan BERNAL (COL) had forged his success in the 2019 Tour de France, will crown the winner of this Tour de l’Avenir 2022.

Organized by Alpes Vélo, the Tour de l’Avenir, which supports the final round of the UCI Nations Cup for the under-23s, will take place as usual under the formula of the national selections (six riders). The return of this event is essential for the age group of international hopefuls wishing to prove themselves in order to reach the upper echelons. In this respect, the Tour de l’Avenir is the benchmark event and a revelation of new talent.

The Tour de l’Avenir was created in 1961 by Jacques Marchand, editor of the newspaper L’Équipe.

The race has changed name several times in its history. From 1972 to 1979, it was called the Trophée Peugeot de l’Avenir in reference to its official sponsor. Then from 1986 to 1990, this event took the name of Tour de la Communauté Européenne since it was organised by the European Community and the European Parliament. And finally in 1992, the race acquired its current name of Tour de l’Avenir.

Originally, the Tour de l’Avenir brought together national teams of eight riders, half of whom had to be under 25 years old. Gradually, the race was opened up to professionals. Since 2007, the event is the exclusive domain of young riders aged 19 to 23 years old.

The Tour de l’Avenir is now part of the UCI U23 Nations Cup (category 2.Ncup).